As I mentioned in my previous post, we had lots of house guests (eight) for quite some time (eight nights) for the holidays.  I also knit like a madwoman in the weeks preceding, trying my best to have a great hand knit gift for each.

My craft room became even messier than usual as I tossed in whatever I had been using for the latest project (needles, patterns, left over yarn) instead of neatly putting in the correct location.  By the time our guests had left, even I knew I needed to work seriously to convert the craft room from just storage to the work space it is meant to be.

Joe (strongly) suggested I completely empty the room and reload from scratch.  He also suggested I get rid of old magazines and replace as necessary with digital versions.  Since I have every issue ever published of Piecework, Interweave Knits, and knit scene, plus most issues of Knitters and Vogue Knitting, that could open up considerable room.  I also have many knitting books, some that I use frequently and some that haven't been opened in years.

I emptied the room yesterday.  Here's what it looks like now: 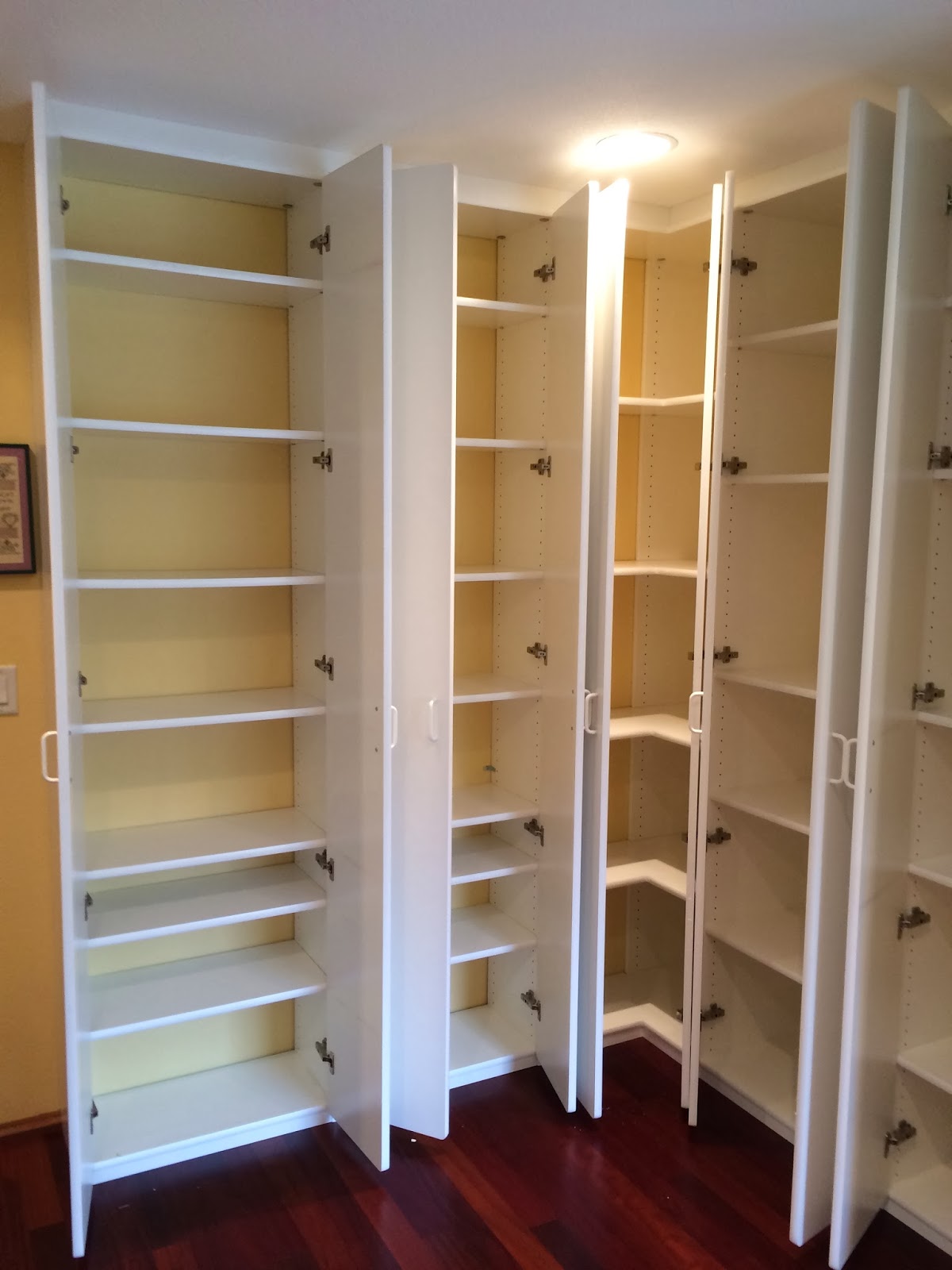 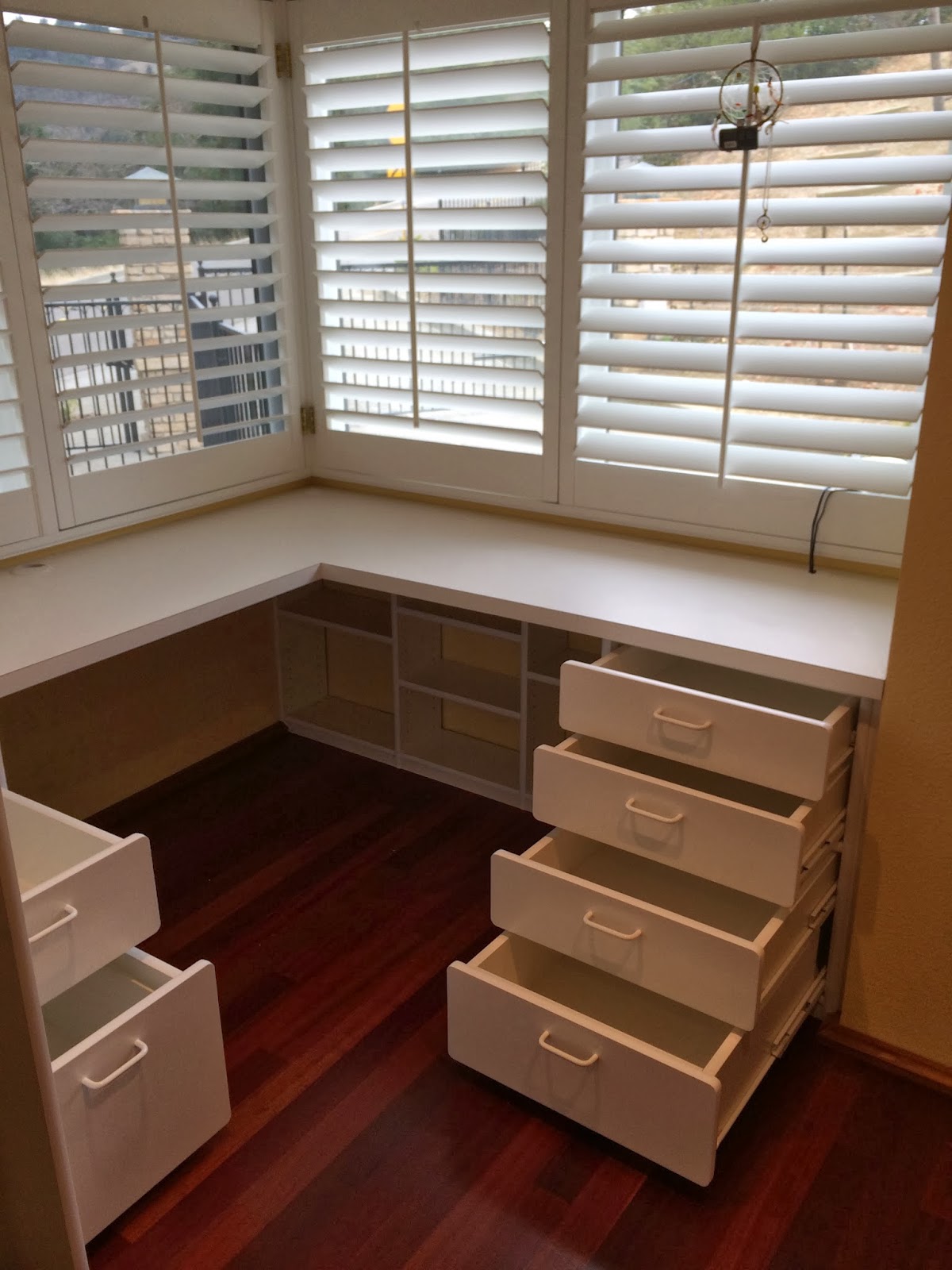 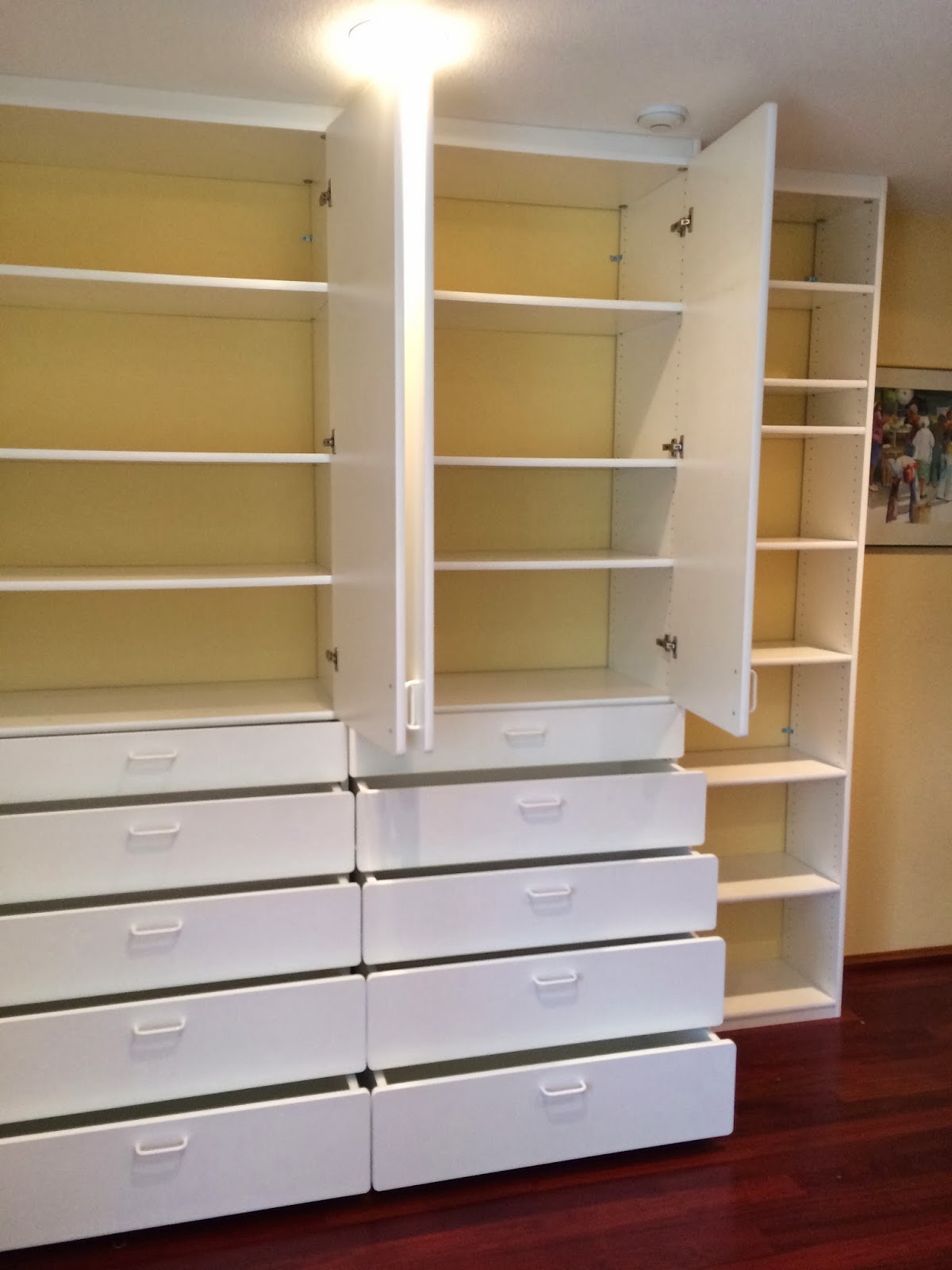 In reloading this space, I'm going to start with yarn.  Last month I gave away some yarn I knew I wouldn't touch again (glittery stuff to Charity Knitters for scarves, baby yarn to Sylvia for her charity knitting, leftover alpaca from my Thunderstruck shawl to Stephanie after she said she'd use it).  I gave more away on Monday (machine washable yarn to Charity Knitters, a sweater's worth of Sirdar Highland Chunky in berry red to Catherine), and I've set aside nine sweaters' worth of yarn (most are kits) that I am unlikely to knit and have some possibility of selling.

I started an Excel spreadsheet to track my stash back in 2009 (before I was on Ravelry), and plan to continue using it to track what I have.  I'm thinking of restructuring some of the space (eliminating a shelf here and there) and organizing the yarn in different ways (one small drawer for all the baby and child projects instead of scattered throughout, sweater quantities separate from accessory quantities, bins by color or gauge), but that is still in the idea stage.

I did finish Xmas gifts for each house guest except the 4 year old boy who got dinosaurs and his grandfather who got a special framed photo from Joe.  Here's what I made:
All were well received.  I knit another hat which came out too large for the 7 year old I had planned it for (it's on the gift shelf in the linen closet), cowls for my sister-in-law and mother, and a scarf for my daughter's boyfriend.  My nephew will get a Noro Striped Scarf I knit in 2011-12 and my son's girlfriend will get a Marin shawlette I finished in 2013.  Here are the newer things I knit:

As for current knitting, I am back at work on a scarf I began in December 2010 after ripping out a partially knit scarf started in 2009 in a stitch pattern that didn't do justice to the yarn.  I'm finally past the 50% point.
Off to my noon meeting, then back to the craft room!
Posted by Jamie Wang at 11:07 AM

Love all your knitted items! My favorite is the hat! Such a pretty color and such a unique (to me anyway) pattern!