Here is a picture of my husband Joe that our daughter Kerry took yesterday.  This is not his usual clothing choice (he is a jeans seven days a week kind of guy -- this is Silicon Valley, after all).  It is also not usual for him to look so relieved. 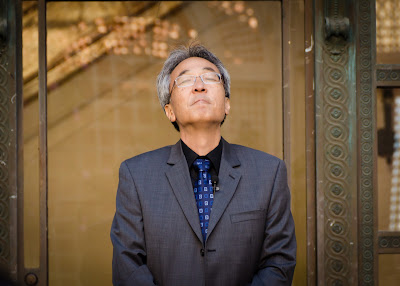 He had just done something he had never tried before (lots of us over 50 don't do that so often) and in front of over 100 people who were all looking RIGHT AT HIM (that is even harder).

He did a great job, and the rest of us were relieved as well.

This is what he did: 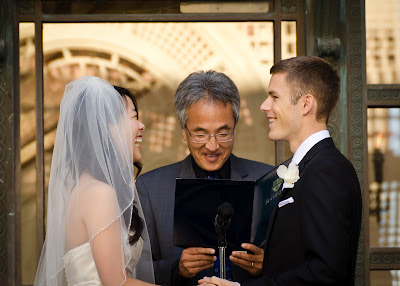 Three weeks prior the bride and groom were among the throng at our home for an end of summer pool party and BBQ.  The bride's older sister was finding herself thrown into the role of mother of the bride (mom passed away a few years back), and she was in a bit of a panic over her baby sister's lack of planning skills.  Big sister mentioned the pair had not yet secured someone to officiate at the wedding. Having had a beer or two (and not having learned the cardinal rule that anyone who has dealt with PTAs knows:  don't ever volunteer for anything unless you want the job), Joe mentioned that any adult could officiate, even he could.

A week and a half later, he had the job and the offical title of minister (from the American Marriage Ministries.Com, which is willing to make you official for no charge).

I didn't get much knitting done yesterday, obviously, but I did finish another cowl from the Stonehedge Mill Ends.  This is the Orbs design from the latest Knitscene Accessories magazine. 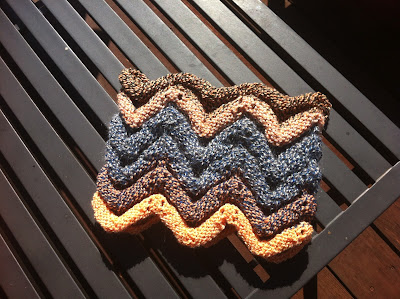 I also started another Honey Cowl, this time in Madeline Tosh Merino DK in the color jade.  Joe wandered by as I was casting on and said, "Now THAT's a nice color!" 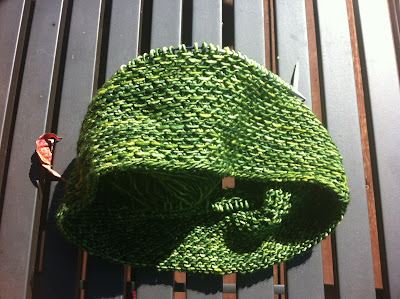 Since Joe rarely comments on my WIPs except to mention how they are piling up, I think this means I need to get some more Tosh.
Posted by Jamie Wang at 11:45 AM